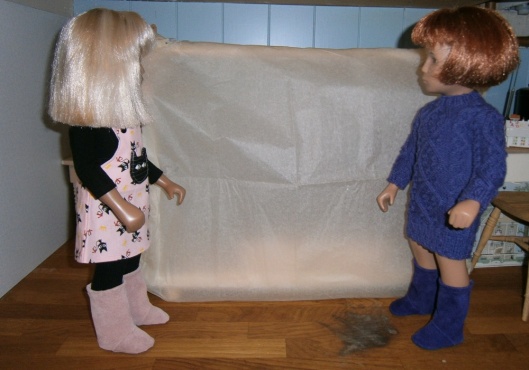 ” Oh! ” Say’s Mitzi looking at the large packet ” What’s inside there?”
” The answer to your clothes cupboard problem” replies Hattie 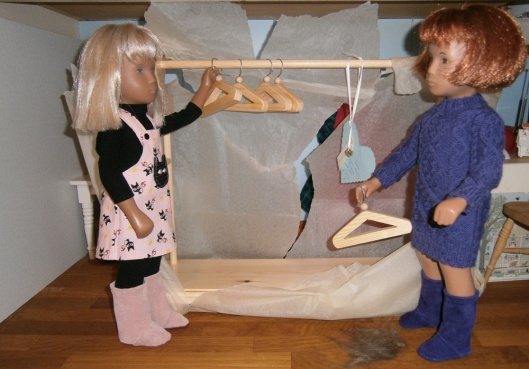 Tearing open the paper reveals a custom made Hanging Rail by Ken and Doreen of Dorset!
Mitzi is amazed at the beautiful rail ” Look Hattie I can reach the hangers”
Hattie smiles ” Of course, KD know just what size is required and make their rails accordingly”

Mitzi’s so happy she gives Hattie a big hug! ” You know all the best people” she sighs.
Hattie goes off to tell the other’s that the new rail’s arrived.

While Mitzi’s gone , Callie , Belle and Ashley arrive with a couple of dresses and admire the new clothes rail.
“It will be so nice to just pick something to wear without having to get mum!” the girl’s all agree with Belle’s statement. They go to get some more dresses. 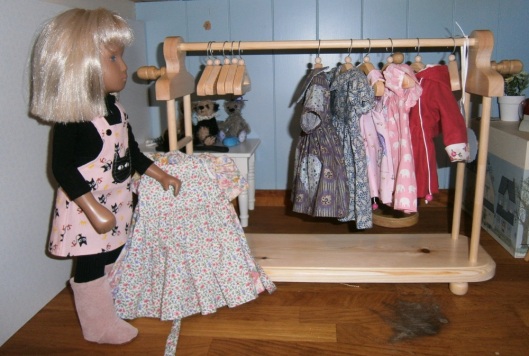 Mitzi arrives back ” What are they doing there!” she says looking at the two dresses that are NOT pink. 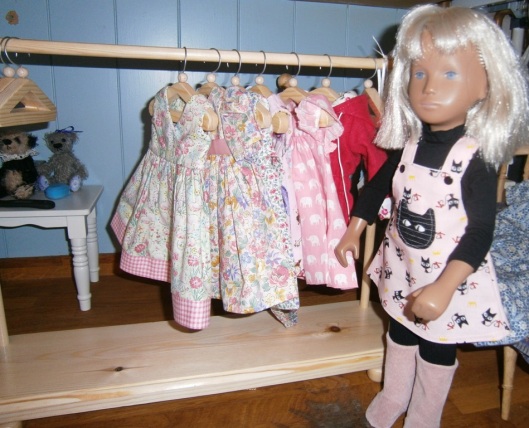 “That’s much nicer ” she thinks having removed the two dresses and added some more dresses with pink in them. 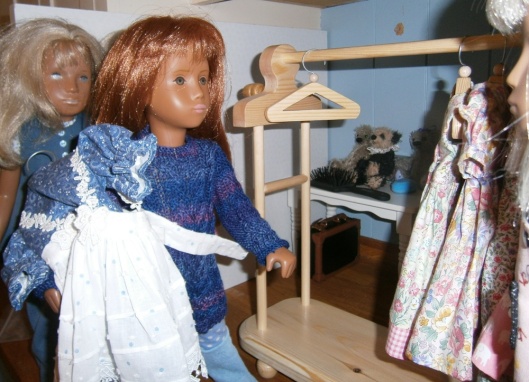 The other girl’s return ” Hey” cries Callie “Where are our dresses!” 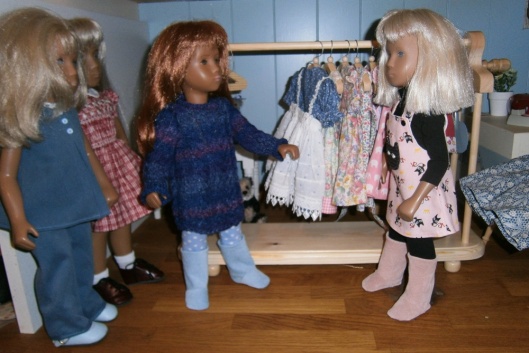 Callie hangs up the dress. ” Do not put that on the rail ” says Mitzi ” It’s the wrong colour”
” Says Who?” demand’s Callie
” Me ” replies Mitzi getting angry
Belle goes to find Hattie… 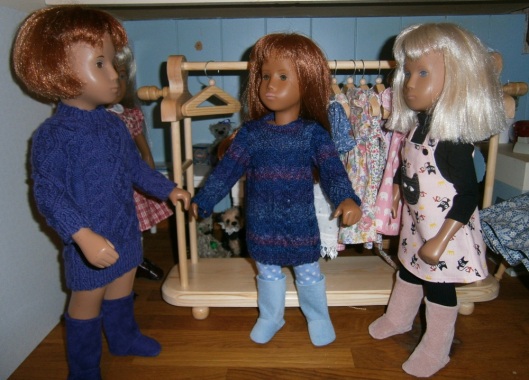 The girl’s are arguing loudly when Hattie arrives.
Seeing her they both start telling their own side of the issue.

” Mitzi the rail is not just for PINK dresses, it’s for everyone’s dresses what ever the colour”
Sadly Mitzi bows her head ” But pink is so nice ” 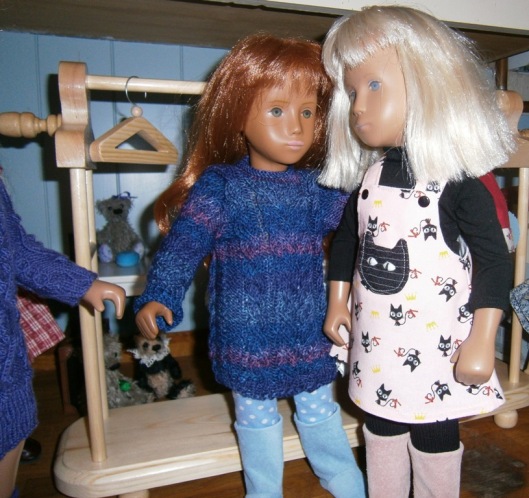 Not liking to see Mitzi sad Callie makes peace ” I know ” she says ” Just for today you can keep all your pink dresses on the rail and then tomorrow we’ll put on a selection so that everyone can choose a dress”
Mitzi likes this idea and starts to cheer up.

After Callie’s helped Mitzi fill the rest of the hangers with pink dresses, they go in search of some food! It’s hungry work moving clothes!
Ashley looks at Hattie ” It’s a great idea and a lovely rail ” she says ” but…”
” But What? ” asks Hattie confused
” But… there are twelve hangers ”
” Yes?”
” and eighteen girl’s” finishes Ashley… 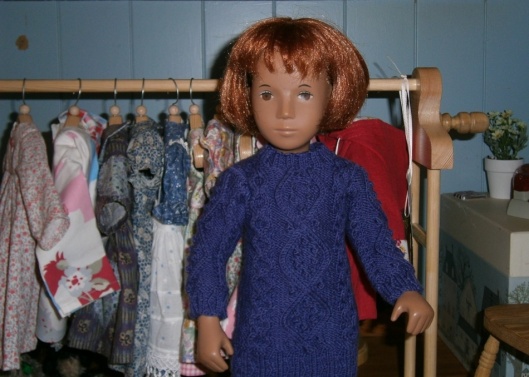 “OH NO” cries Hattie ” Quick where’s my phone! I hope KD was not thinking about having a rest for Christmas…”