Storm waved goodbye to Percy saying she would be in for her lunch soon , she just had to meet Drago who she’d been told lived at the bottom of the garden.
All the Teddy’s pleaded to go back to the house saying they did not want to meet any old Dragon, really they were very frightened and were surprised that little Storm did not seem worried at all! 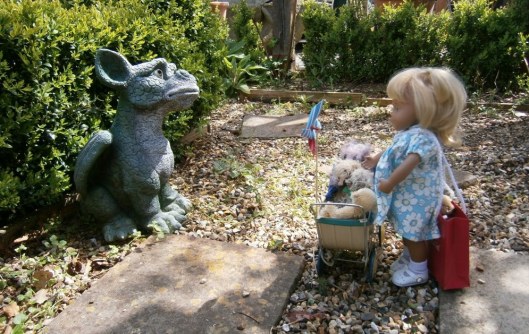 Much too soon the little teddy’s found themselves in front of the famous Drago.
“Who have we here? ” asked Drago his voice deep and gruff ” I was feeling hungry !”
“Hello ” replied Storm smiling ” My names Storm and these are Aimee, Diggory, Mossy and Percy ”
then remembering the two teddy’s in her bag ” Oh and Gertrude and Hugo in my bag”
“she just had to remember us!” whispers Gertie in disgust.Hugo slides deeper into the bag. 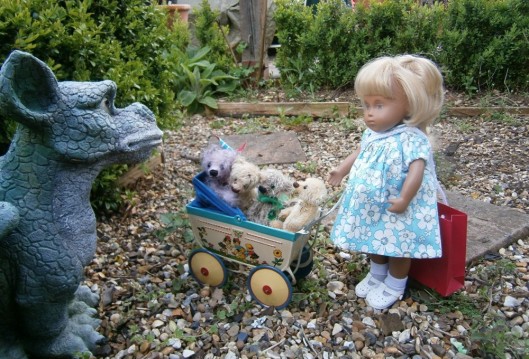 “Are ya No afraid a me child ? ” questions Drago giving Storm a fierce look
“No ” replies Storm charmed by the little Dragon ” Should I be? I lived with the Ice Queen , she was very scary !”
Drago is impressed ” THE Ice queen? really ! Ya poor wee mite! Na wonder ya noose afraid a me! I’d be worried ma self If I was living near that woman!”
Storm giggles at the thought of the little dragon being afraid of the Ice queen.
” Is that ma dinna ya have in the basket? ” asks Drago licking his lips ” I’ve heard o chicken in a basket but no bears” 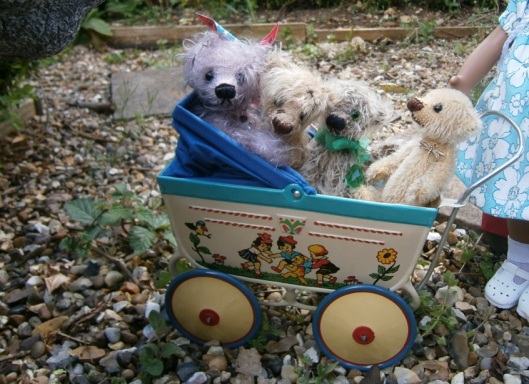 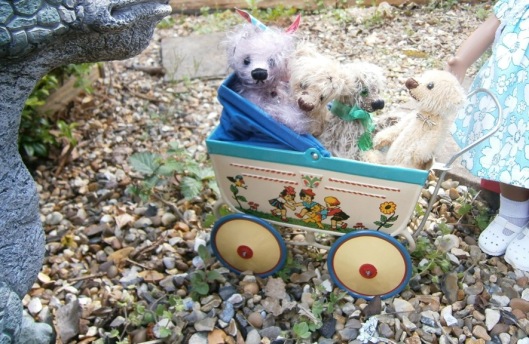 “Will you stop staring at him!” demands Aimee looking anywhere but at Drago.
“If he moves towards this bask..I mean Pram I want to be able to run ” says Percy
Just then Mossy has a thought ” I am sure one of the children told me he’s a vegetarian!  or was it a carnivore!
or was it agoraphobic? It was something like that means he only eats bears on a Sunday! ”
“What day is it?” ” Sunday?” ” No Wednesday?” ” No Thursday?” the bears continue to try and work out what day it is praying it’s not Sunday!! 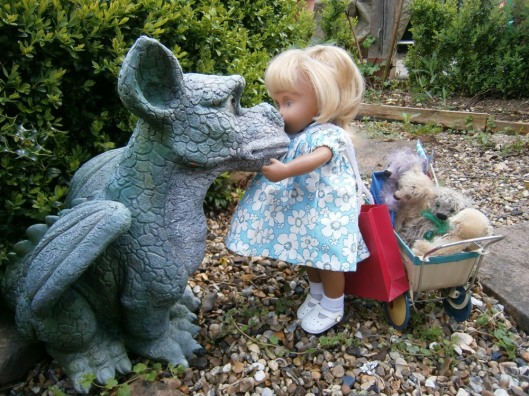 Storm laughs at Drago’s fierce look and goes and gives him a kiss. 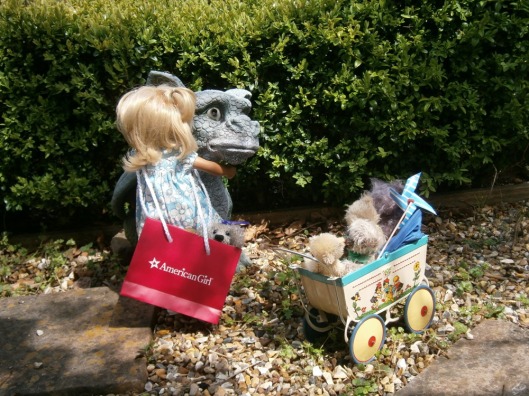 Then she gives him a big hug, the bears in the pram are stunned by her bravery , not sure whether to try and stop her before she gets eaten or take the opportunity to run for help! 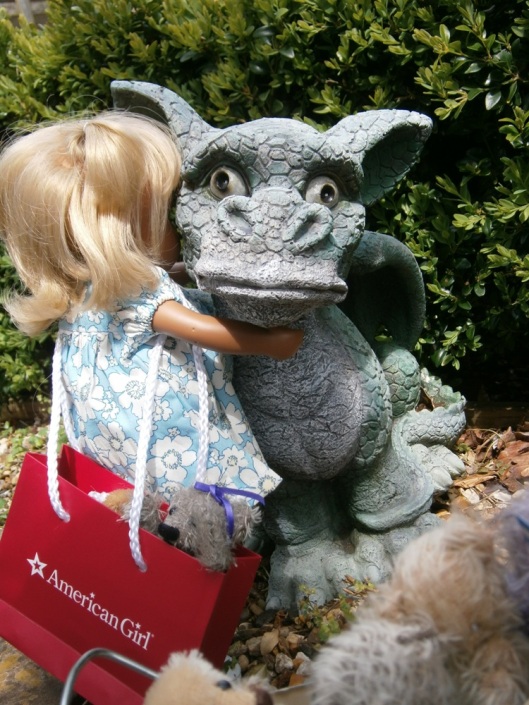 Drago is determined to make someone fear him, so despite his red cheeks , he glares at the bears while Storm hugs him, he is happy when he sees the pram shaking and all the little bears looking everywhere but at him, although one, he thinks it’s Percy , is watching him out of the corner of his eye. 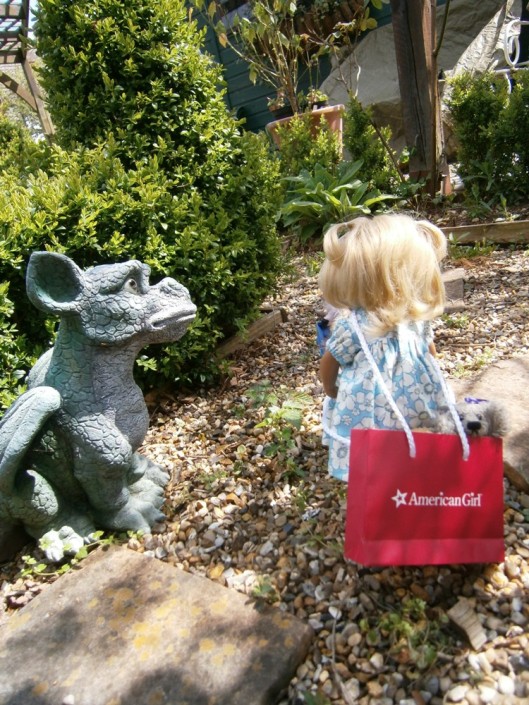 ” Well must go in for lunch ” says Storm grabbing the pram and starting away
” Ock will ya no leave the bears? I will be needing a snack later ! Bears bones are good for picking meat from out ma teeth !”
Storm just giggles and continues on her way much to the relief of the little bears, they have faced the dragon and survived ! Just wait until they tell Edward he will be impressed !.