Sometimes you just have to give in gracefully! Twice , well I think It’s twice I have tried to put this lad up for sale and both times I have not had a photo ready, so I have listed him on Ebay without one.

Then when I have picked him up to take the photo I have caved and kept him, the first time he did not even get put back into his original clothes ! This time I did get his clothes and dress him and that just confirmed that he has to stay!! 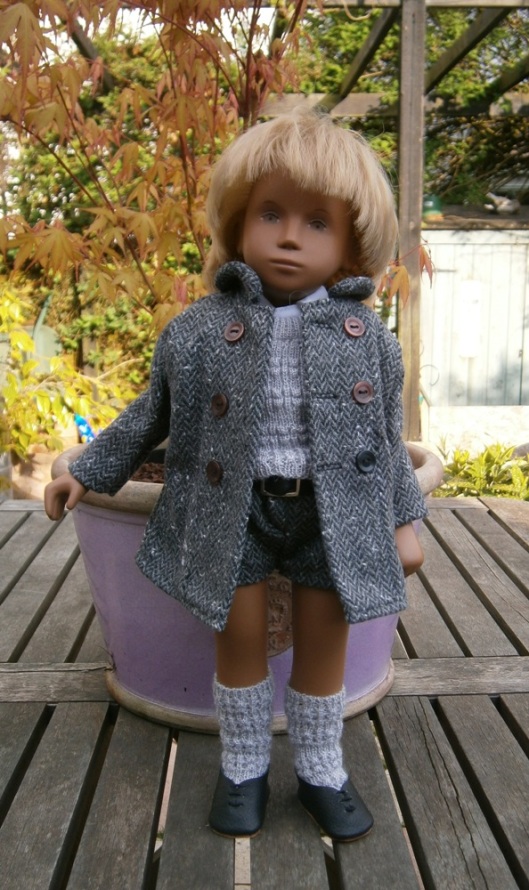 Yes it’s my Gotz David , who I call Adam after the 60’s singer Adam Faith 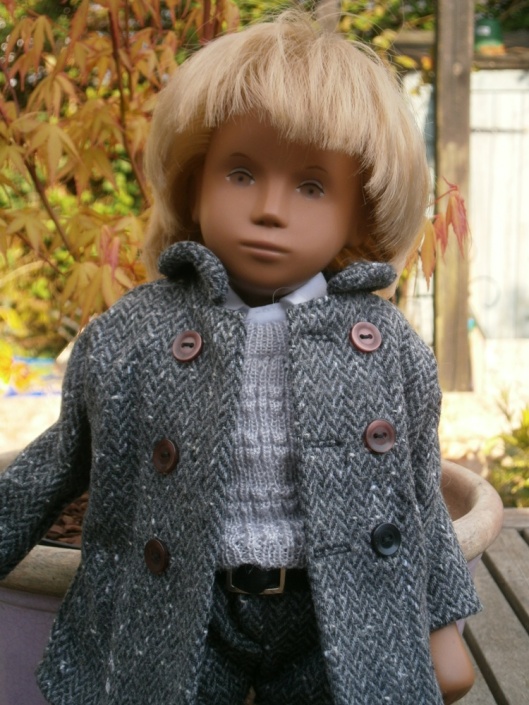 Look at that face ! What’s not to love? I think I will get him a uniform off of Ruth Hartley later in the year maybe that will stop me trying to sell him? …in truth I just have to hold him and that stops me!!
What can I say It must be love………