Well not this week in this house! The DH left me to sort out mess of living room….sound familiar? but only because he wanted to get on with work on the front garden. We are doing away with the grass and have had bricks delivered to tidy up the edge and hold down the weed suppressant membrane.
Of course he asked if I was going to help!! I did go out and move loads of bricks to save him having to walk back and forth. 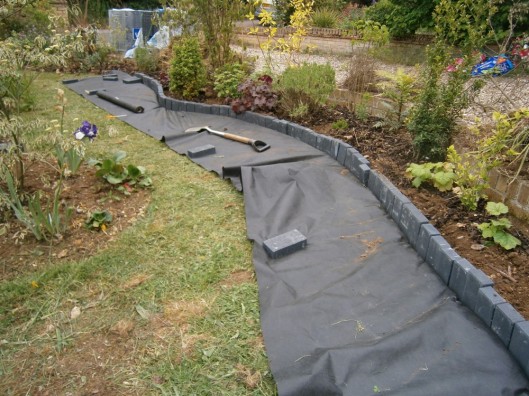 Then he called me out to say that he was having trouble getting rid of the bump in the middle of the membrane! You can see the bump just before the spade!

Upon further investigation the cause became very clear ! 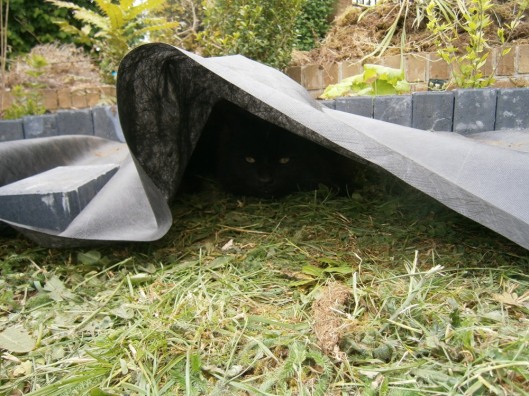 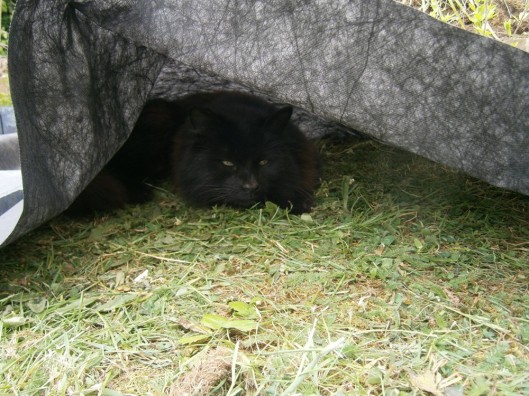 “Do you mind! I am trying to sleep here!”

He did come out later only to sit beside the DH and watch him work but he moved before I could get that shot!