Today’s bear of the month is late but it was not her fault! Here is what happened….. 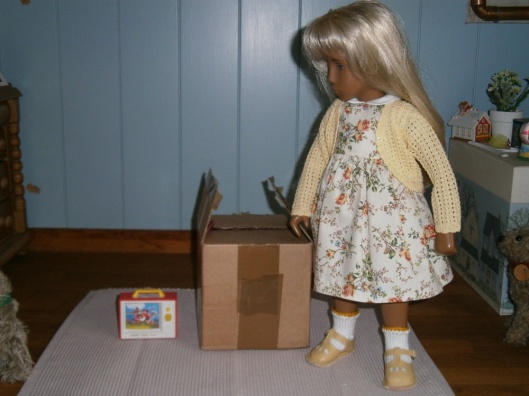 Ashley’s been looking for her bear, she can hear someone calling out and when she comes into the room , she see’s Mossy hurrying away!
” Mossy Mossy! Have you seen my bear? ”
The little bear does not stop!

Hearing growling and grumbles coming from the box in the room, Ashley decides to investigate!

“Muma !” cries the little grey bear climbing out of the box with Ashley’s help” where’s that Mossy? ”

Ashley places the little bear on the chair for the bear of the month photo.

“Are you ok to have your photo taken now? or are you too upset by Mossy shutting you in the box?” asks Ashley kindly

” Upset? ” Cries the bear ” I am not upset I am very angry and when I get hold of that Mossy, he’ll wish he’d never met me! Locking me in the box just because I said I would take the bus and go back to our last house!”
” Oh Gertie! Why do you keep saying you want to go back to the last house?”
Gertie looks guilty ” Well i do not really! But I don’t want them to know that! Edward is always giving me little extra tip bits to help me settle in ”
“Gertie!” says Ashley
” Oh I know I know! ” says Gertie going red ” I’ll stop soon but he did promise me a honeycombe Ice cream I’ll stop trying to leave after that!”
“And you will not be nasty to Mossy, he probably thought he was doing you a favour posting you back!”
Gertie’s not so sure about that but she’ll not say so to her little miss.
” Now are you ready for the photo, we are day’s late!”
” Yes yes I am ready ” grumbles Gertie with a grin. 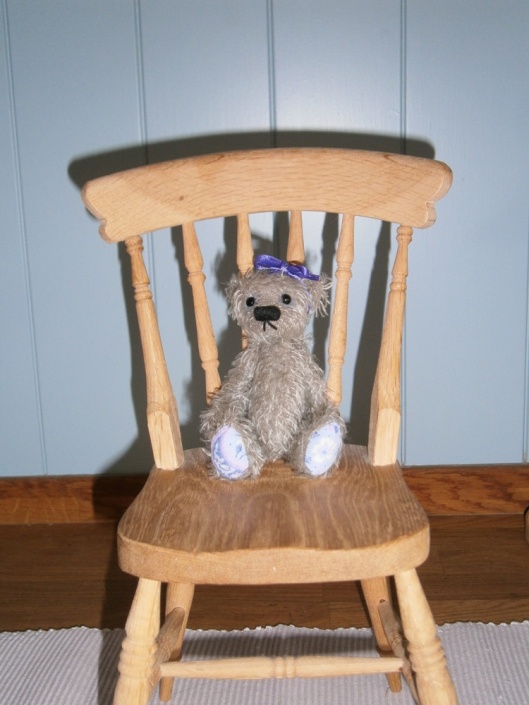 So finally here is the Bear of the month for June…………. Gertrude.