When we visited Berrington Hall, we arrived back at the car park to find a lovely old car . Zak and Ginny insisted on being allowed to go and have a look round it, then wanted a photo taken of themselves on the running board. 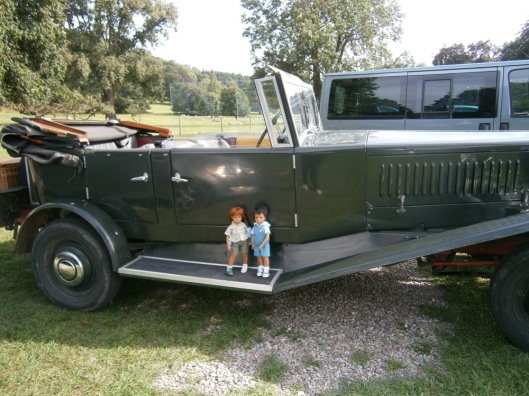 ” Can you see us Mum? ” calls Zak ” maybe you should come closer? I don’t want Toby to miss seeing me here!” 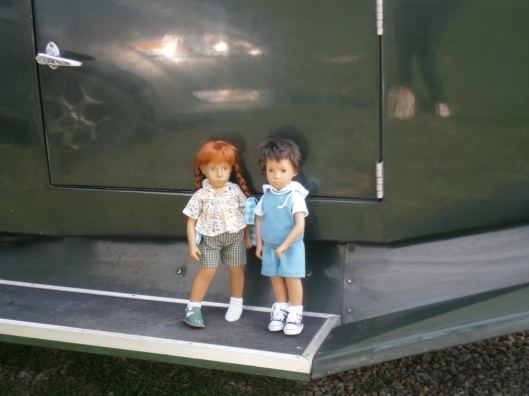 “Is this close enough? ” Mum asks Zak smiling
” Yep !” smiles a happy Zak
” Oh No!” says Mum ” Ginny where’s your sandal!”
Mum is worried , realising that Ginny’s Rosie Bloomfield sandal is missing ! Where could it have fallen, she walks back to the car looking carefully in case it’s lying in the grass. But no luck!
Back at the car she tell’s dad, then remember’s that she had not fastened them because the socks were too thick, could it have got lost else where!!
But luckily!!! sigh.. it was in the bag that Ginny and Zak napped in while travelling around. So Mum took off the socks and did the sandals UP! 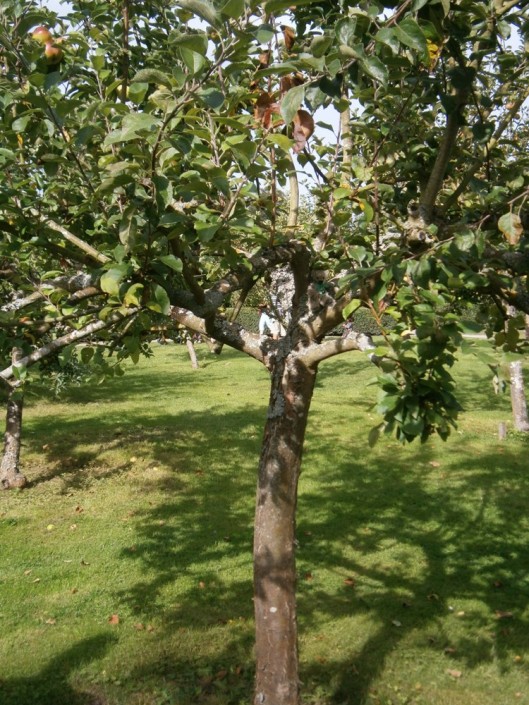 Forgot to show you this photo of one of the many types of Apple tree’s found in the orchard at Berrington Hall….. 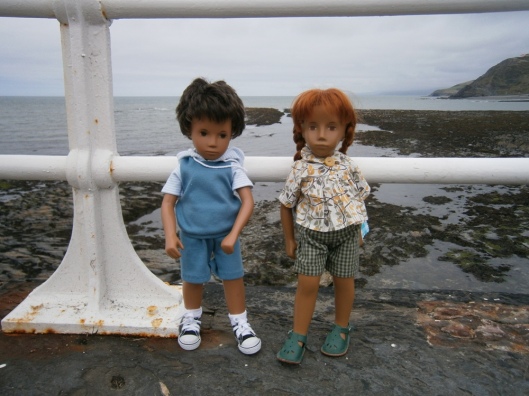 On Monday we took a trip to Wales to Aberystwyth , here is a photo of Ginny and Zak with the bay behind them. 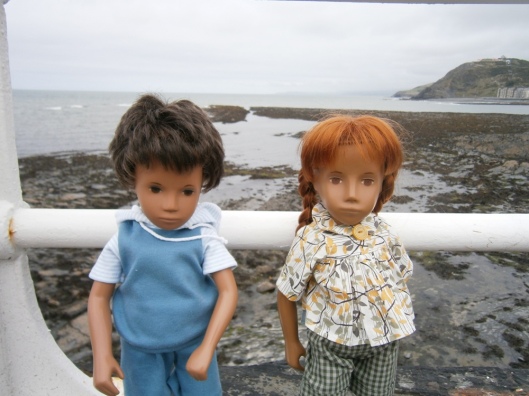 It was not cold just overcast and with the normal sea breeze. Zak and Ginny were very impressed with a gentleman , who asked if Mum was Ok , as he thought she’d fallen over when in fact she was just on her knee’s taking their photo!!! 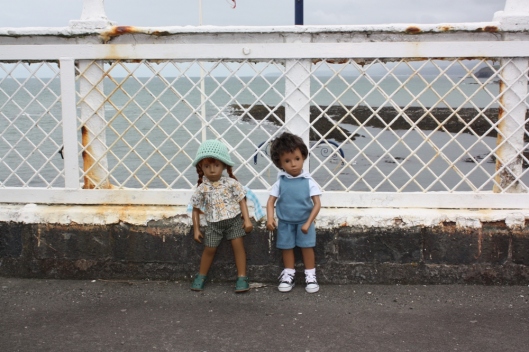 Dad also took a photo of us but he did not have to get on his knees! 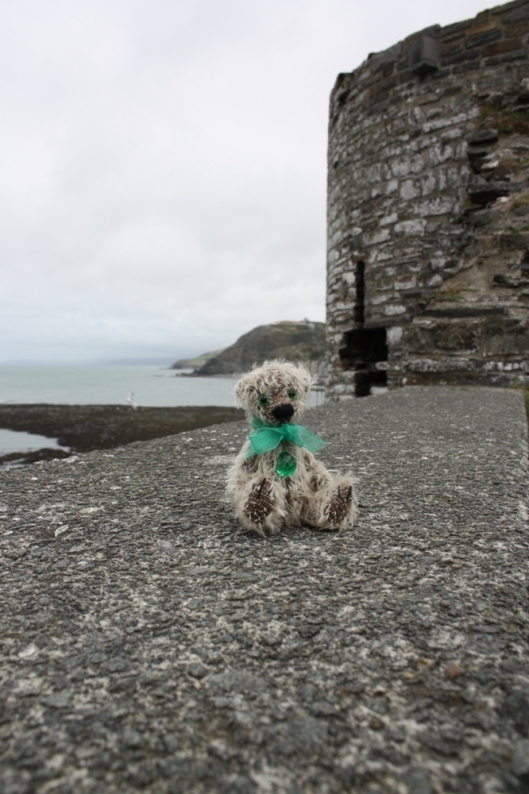 Mossy said he could feel his emerald throbbing with the Celtic power that oozed from the air around him! when he sat on the ruined castle wall. 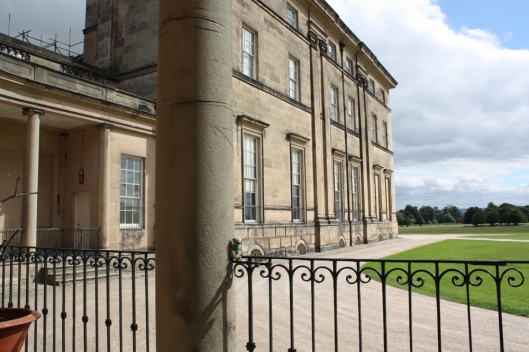 This is a side view of Attingham Park where we took shelter from the sun on a lovely wooden bench under the side promenade. 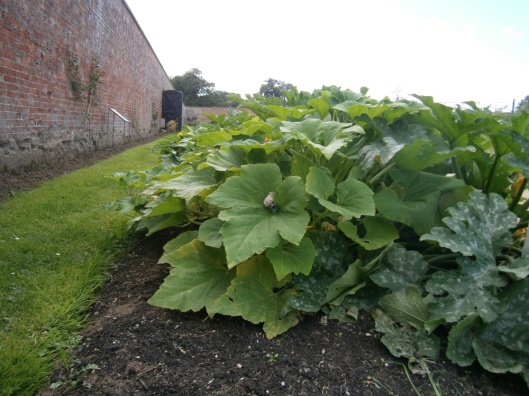 The walled Garden full of Vegetable and things… 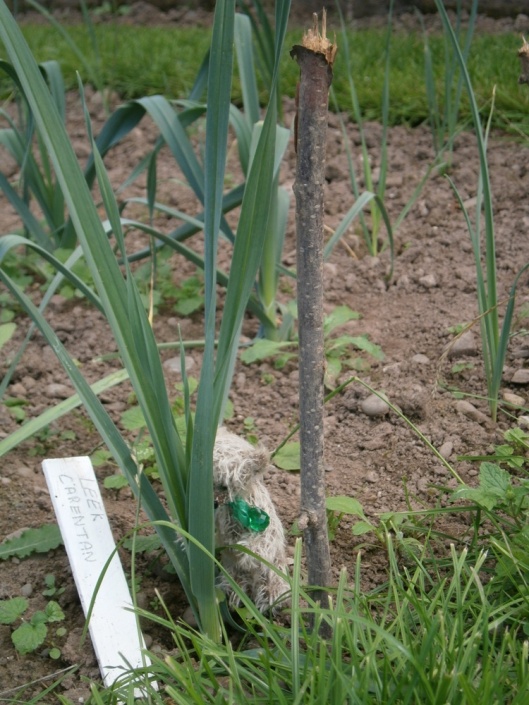 Mossy was very naughty and went to take a Leek in the garden! 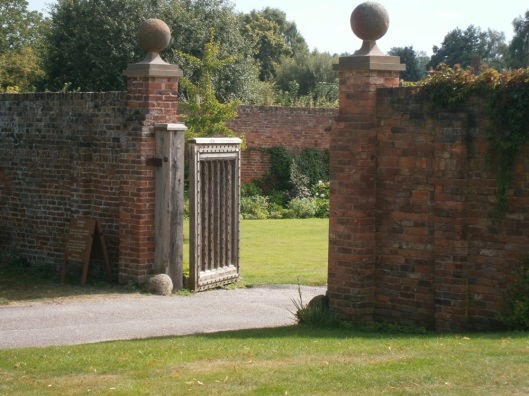 I love gateways , doorways and windows ! So thought I would include this photo of a Gateway that takes you round the side of the house at Dudmaston. 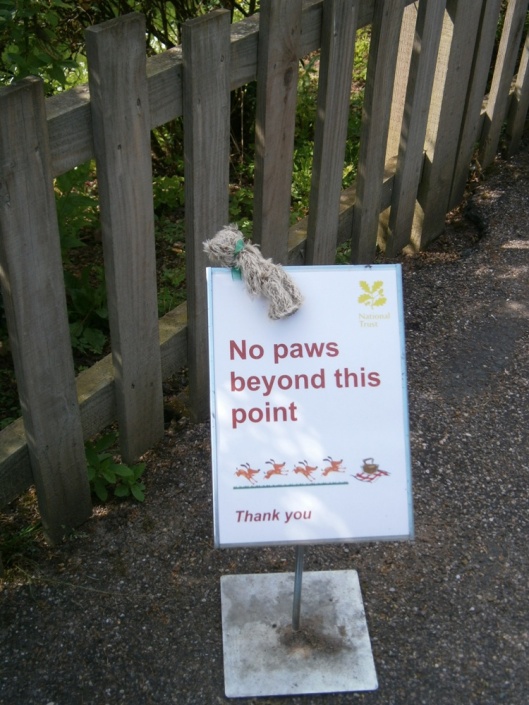 Mossy was not impressed with this sign! I asked him what he was doing? He said he was looking for Paws!! 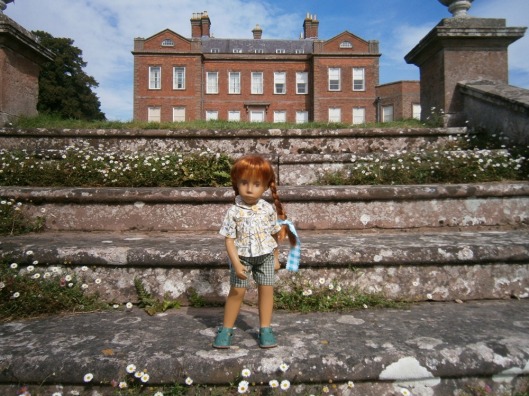 Ginny in the garden at Dudmaston 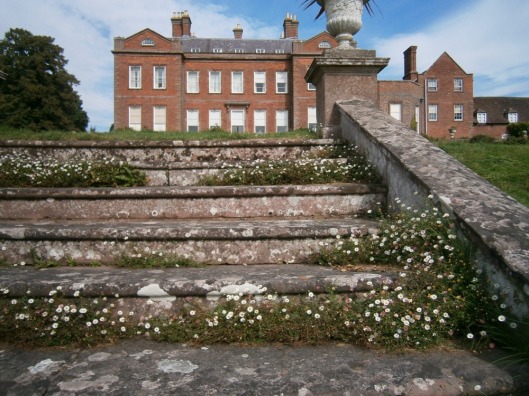 I will give you a clue that someone else was in the garden at Dudmaston!I only know where he is because I took the photo ! 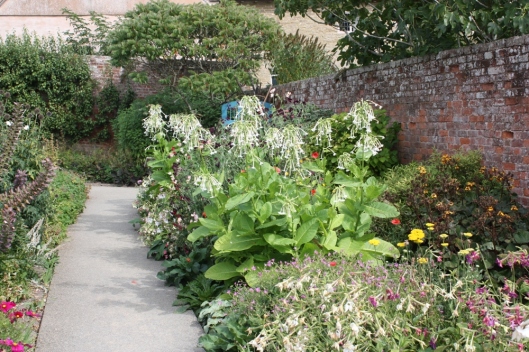 a couple of photo’s from walled garden at Croft Castle. 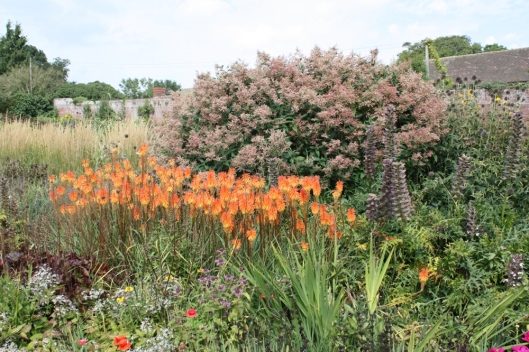 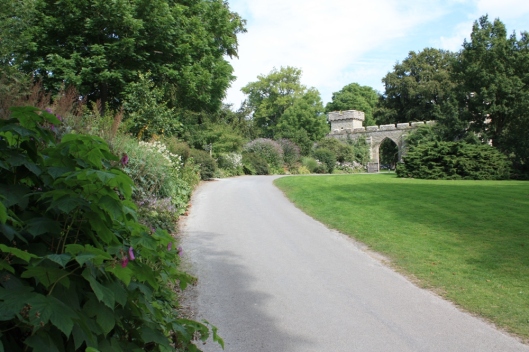 This is a photo of the drive through the castle outer wall, built in the 1930’s of Croft castle with it’s lovely flower beds.I wonder if I could get the DH to build a nice arch over the drive way?
I’ll just go ask him…….