The year I love from the Sasha production is the 1968.

These Sashas and Gregors have the most beautiful eyes. You can as I have found get 68 with the NP painted eyes an added bonus being you don’t have to pay NP prices for them. 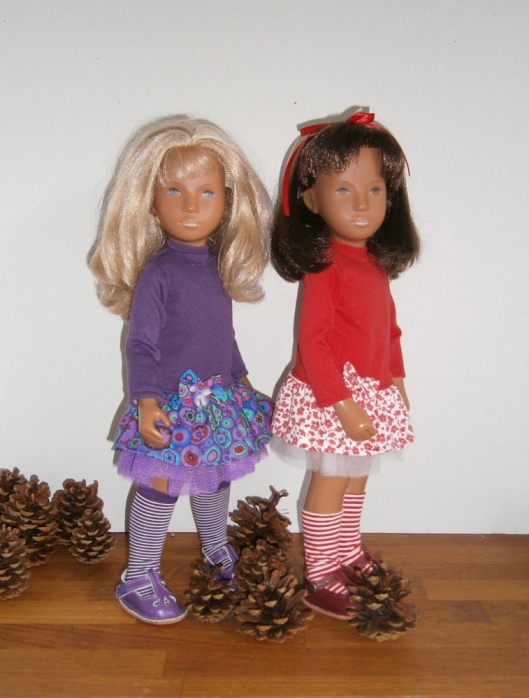 At present I have two 68 girls. Belinda ( Belle) a single fringe blonde with a wide face and Jenni a brunette 68 waif.

I do love the single fringe girls but it’s the eyes that count with me.So not every 68 will appeal but it can be a close run thing!

I also have two 68 boys with NP eyes! Robin my 68 shorts boy was a fabulous find on E bay, I did not realise his eyes were NP until he arrived and I sent Shelly a photo asking if she could confirm what year he was. I just knew I loved him.
Erik my blonde 68 NP eyed boy came from Shelly’s website and is another gorgeous 68.

Robin is wearing a sweater by Michelle and cords by Ginny, ( A Passion for Sasha) Belle and Jenni are wearing Ra Ra sets by Sharon with Jean Jensen shoes and Erik is wearing a Judith ( Dolly Doodles ) special.

Robin and Jenni have brown eyes.I have always thought it a shame that they did not mix up the eye colours more, with blue and green eyes on all hair colours and brown on the blondes.

Erik and Belle are your classic blue eyed blondes

and those eyes are truly beautiful.

So we have Jenni, Belle, Erik and Robin but plenty of space here for a few more when the right ones come along. I did have a 68 brunette very minty still with sand falling from his joints but I did not take to him , so he was adopted. I have seen another brunette boy now and then but none that have made me ‘want’ them.So I will keep looking. 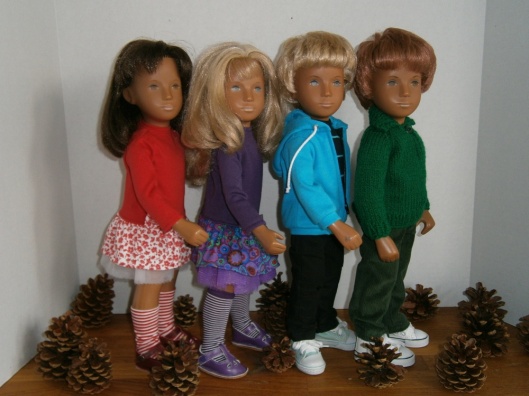 So for now it’s the magnificent four! 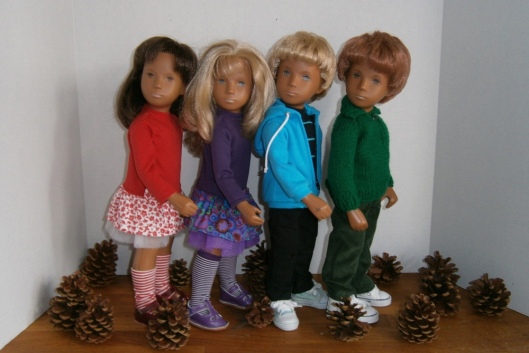 Mind you I am having a non Sasha/Gregor buying year next year……..I am……… I am……..well unless the perfect doll appears….  🙂

Martha my no navel red in this beautiful batik pumpkin dress, it suits her colouring so well.

She’s team it with boots by lisa.

The girls look so nice in these dresses, definitely a good buy.

I have been very busy getting ready for the Chat n Snap that i run for the Sasha doll collectors in October.

It was a great day and the place was buzzing.

Here are some photo’s from the day.

The display theme was ‘all the fun of the fair ‘

The carousel which turned! 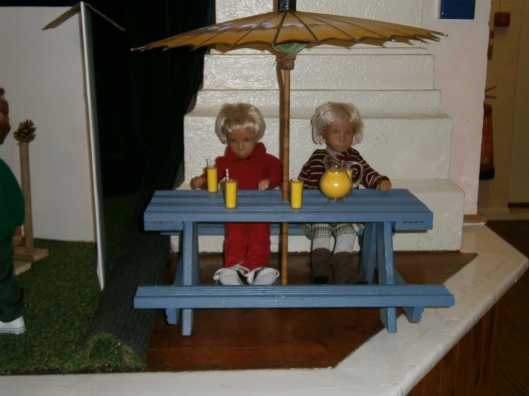 People bought their beautiful course dolls for everyone to see and enjoy. 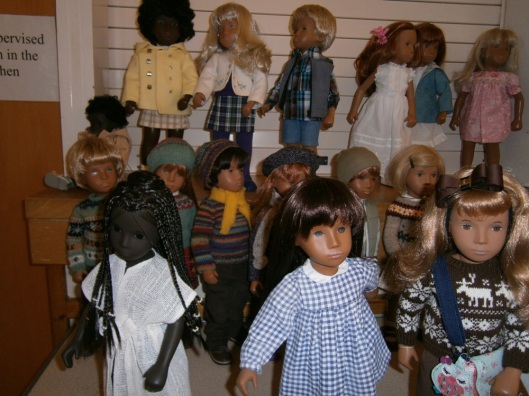 Lots of Sasha’s came to chatter together

Lots of goodies for sale,

so many gorgeous outfits!

a couple of brownies ready to help out!..

It was a great day and there is more photo’s available on the main blog of sashavillage.blogspot.com

This is Jenny my new Sasha. She is a 1968 side part. She is a waif due to having cut hair but I love waif’s and I love the 68 dolls. They have the most gorgeous eyes.

She’s wearing a dress by Sharon in Spain. I love the brunette’s in red and this outfit suits her so well.

I am really happy to have added this girl to my Sasha clan.