I took the Button boys outside to take a few photo’s this was on Thursday afternoon, just as the cold wind decided to increase and the temperature drop.

So we did not hang about.

I wanted some photo’s of the boys separately, so first up was Wolfgang.

His hair is still all over the place but I quite like it that way, it’s lovely and soft after it’s wash when he arrived.

Then it was Peter’s turn, he’s still quite shy.

He’s friends arrived much to our amazement, we are slightly worried but so far all seems well… 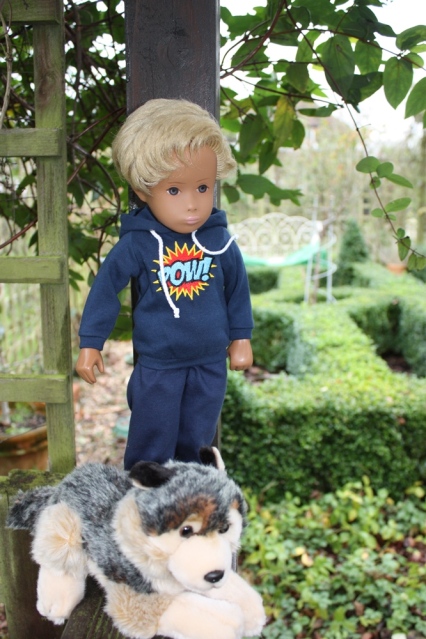 Here’s Peter’s friend , his Wolf! Who arrived looking for him! 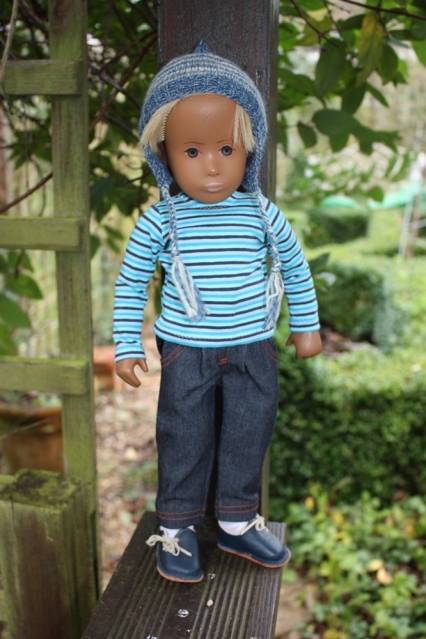 Last up is Oliver ( Ollie) whose complaining that he should have bought a sweater with him!

I manage to get him to remove his hat despite the cold wind, although his teeth do start to chatter!

His hair is looking much better , it was very stiff and quite rough when he arrived but it’s improving.

Well we were all feeling cold by the time the mini photo shot was over, so it was back  indoors for hot chocolate all round.